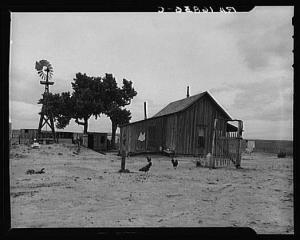 “Oh, we just snapped their heads right off!” She would say this, smiling, delighted as she worked on a chicken leg or poured more gravy on her mashed potatoes. Part of my child mind was squeamish about the thought of killing your own chickens- another part of me (the part that asked to hear this story over and over again) knew there was something important to be learned while listening.

I pictured her, my Great Grandmother Bertina, not a grandmother yet but a little girl bouncing like a junebug across the golden flatness of a tenant farm in Texas. Walking from the house to the chicken coop to feed the little birds. She talked to them, played with them, pet them. Some of the animals had names, she might call out to them if they still slept early in the morning when it was time to eat their breakfast. Her little hands sprinkling chicken feed generously, maybe while she hummed a song she learned last Sunday. This, everyday, she would do diligently and on some mornings, instead of feeding them she might be asked to go out and kill one for that night’s supper. And there the dusty chicken coop became a sacred place where grandma’s little girl hands held a trembling bird and met with it the beauty and cruelty of dying.

Death like this and in so many other forms was a part of daily life for her. People died too, from ailments that might only keep us out of school for a few days. Her own mother slipped away after battling pneumonia, leaving a gaggle of children and a widower huddled together in a nearby grove of trees, crying and repeating gentle, child-whispered prayers. To say goodbye to the animals, so that they could eat was a kind of death that worked its way into the fabric of a list of chores: bake the bread, milk the cow, kill the chickens. And for the very poor, like my grandmother’s family, death was dealt with in the same way you might learn to accept that an entire crop of beans or cotton was eaten by rats, washed away by a flood, or that the very land they planted on was suddenly confiscated by a landowner. Death wasn’t hidden away like a secret mythology but hung in the sky like delicate stars, radiant and inevitable.

When I was a girl, these stories fascinated me because there was something so foreign and yet familiar about living this way. I remember sometimes feeling jealous, wishing that we could be transported back in time and place. A yearning to know her life existed wildly in me. Even the gruesome accounts of killing the animals drew me into her and always I imagined I was there too, like a little ghost in the corner watching my great grandmother grow up gently inside the cruel, fragile beauty of her migratory life.

A few days ago I cooked a turkey. When I bought the fifteen pound bird, I thought Great Grandma would be very proud of me for finding so much food for just $3.00. There is an incredible wisdom that is born from a life like hers, it is a kind of divine common sense that erupts out of poverty, something you can only get when you didn’t get enough. Standing there in the floodlit grocery store, staring at a pile of animals wrapped in clean white plastic, without heads or feathers, I felt her beside me leaning into the refrigerated case “Just three dollars…sandwiches for days…and those bones’ll make a good soup.” She approved.

I went home, cleaned the animal, rubbed it with salt and herbs, arranged it snugly in the old roasting pan I inherited. After it was done cooking and set to rest on the stove for a while, I separated the light meat from the dark meat, broke apart its joints, the bird spread across a cutting board in neat pieces: these for the sandwiches, these for the soup. Every bone stripped save for the ones with the most skin and fat – those would be dropped into a pot of boiling water to cook til they were clean. And though I didn’t kill this animal let alone know its name, I felt very present with its death, very grateful for her life. And as my hands moved through the work of completing this ritual, coveting this remarkable death that would keep me alive – the Grandmothers were there too, casting a loving, watchful eye over the turkey bones.